In the fall of 2004, while working at the Bush/Cheney headquarters, a core group of us met many first time Republican volunteers who walked through the door and offered their time to help with the re-election of George W. Bush.  These eager and willing workers also wanted to be a part of the political process after the election.  So, relishing in President Bush’s victory, we saw a need and an opportunity to grow our Republican Volunteer community.

Republican Women of Purpose was organized to become a federated Republican women’s club and was chartered by the National Federation of Republican Women in February, 2005.  We just had a birthday and we are 8 years old.  By the end of that first year we had 123 federated members.
Every January, we invite our seven Republican legislators from Shelby County to speak at our first meeting of each year.  We continue to foster our relationships with them when we invite them to be our guests for each Ladies Day on the Hill.
Our club has grown to be the largest club in the state.  We continue to grow through our programs and activities in addition to inviting our friends, neighbors, and relatives to join us.

We believe in the power and opportunity of America’s free-market economy. We believe in the importance of sensible business regulations that promote confidence in our economy among consumers, entrepreneurs and businesses alike. We oppose interventionist policies that put the federal government in control of industry and allow it to pick winners and losers in the marketplace.

President Ronald Reagan’s approach to America’s national defense, which successfully confronted the Soviet Union and ended the Cold War, is as essential today as it was then: Peace through strength — an enduring peace, based on freedom and the will to defend it. Today, it requires defending America’s homeland, including remaining vigilant in confronting global terrorism, maintaining a robust defense against the threats arising from nuclear proliferation, including a strong ballistic missile defense for America and our allies, and promoting an effective, capable intelligence community. It requires a full commitment to America’s Armed Forces to ensure they are modern, agile and adaptable to the unpredictable range of challenges in the years ahead. And it requires a sustained international effort, which complements our military activities, to develop and maintain alliances and relationships that will lead to greater peace and stability. While the United States participates in various international organizations which can serve the cause of peace and posterity, they must never substitute for principled American leadership nor prevent America from joining other democracies to protect our vital national interests.

We believe that maintaining a world-class system of primary and secondary education with high standards in which all students can reach their potential is critically important to America’s future. We believe parents should be empowered to send their children to the school of their choice.

We believe in energy independence. We support an “all of the above” approach that encourages the responsible production of nuclear power, clean coal, solar, wind, geothermal, hydropower, as well as drilling for oil and natural gas in an environmentally responsible way. We oppose so-called cap and trade legislation that would impose a national energy tax on families and small business that would kill jobs and raise utility prices.

Republicans believe a judge’s role is to interpret the law, not make law from the bench. Judges in our federal court system, from district courts to the Supreme Court, should demonstrate fidelity to the U.S. Constitution. We trust the judicial system to base rulings on the law, and nothing else. 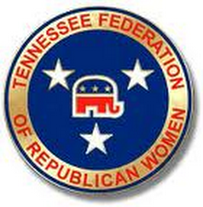 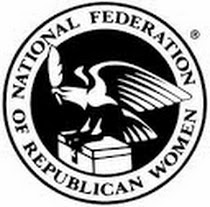